What if God's watchmen on the walls of this city were never sleeping? What if the darkness was pushed back by the Kingdom of Light? Would the city be transformed? What if God used YOU to do it? Why not Topeka? Why not now?

1 Church 1 Day in Topeka is part of a statewide network of praying Christians who believe prayer changes every realm of our society.
Our Core Values
Our Goals
Praying for Every Sphere of Society
Cities and regions all over the world are being transformed by God's power. Why not Topeka? Why not now?
If those of us in Topeka who are called by His name will humble ourselves and pray, seek His face, and turn from our wicked ways, then God will hear from heaven, forgive our sin, and heal our land (2 Chronicles 7:14).
Email ThisBlogThis!Share to TwitterShare to FacebookShare to Pinterest

Battle on Many Fronts – One Solution

The following was posted during the previous administration.  Praise the Lord for victories in some of these areas.  At the same time some issues have grown even worse and the election of a new president will not stem the tide.  Pray!

Recent Acceleration of Darkness in the Nation Means We Need Desperate Prayer
It seems of late there has been one blow after another to our Christian heritage and religious freedoms.  Prayer and awakening in God’s people is our only hope.
Here are some points for prayer:
·         Education.  From kindergarten through grad school, our secular institutions have become inhospitable and often hostile to Christians.  Teachers and students are coming under fire for speaking the truth, praying, or even possessing a Bible on campus.  Sadly, our youngest students are being indoctrinated with the homosexual agenda. One college student was disciplined for passing out copies of the US constitution!
·         Government.  Corruption and scandal abound.  Consider “Fast and Furious,” the IRS, VA, and Benghazi scandals, releasing five vicious jihadists, and Christian groups being targeted by Homeland Security, military trainers, and the Justice Department.  The president has issued executive orders that effectively shred the separation of powers.  The EPA runs rampant. The military is turning pro-gay. The borders are porous and illegals know they will not be deported.  Then, there’s our disastrous foreign policy.
·         Family.  Many in our nation are in favor of redefining marriage.  Even when voters affirm traditional marriage, the courts negate their wishes by proclaiming a civil right that does not exist in the constitution. “Gay pride” parades, a complicit media, and hateful advocacy groups have ramped up their efforts to normalize perversion.  The CEO of a major corporation was dismissed when it was learned he contributed to the California campaign to affirm traditional marriage.  The fight has now come to the Topeka city council!
·         Business.  We are still in a recession by most standards.  Throwing government money (our tax dollars) at the economy has not fixed it. Our national debt is unsustainable and past the crisis point.  Many fear a Wall Street crash is imminent.  If so, the world will suffer along with us as the US dollar plummets.  Some are storing up provisions for a very bleak future.
·         Healthcare.  The Affordable Care Act (Obamacare) has not made health care affordable.  Some say the website is still not working properly. The insured are paying more for less coverage or their plans are getting cancelled.  There are still about the same number of uninsured as before.  Christian businesses and institutions are being forced to provide abortion/contraception insurance coverage against their principles.  The CBO has revised its figures to say that it will not save money in the long term but cost billions.
·         Media & Entertainment.  Though we may be grateful for some recent family-friendly films, Hollywood continues to pour out filth and fluff.  The music industry is not much better. The Internet has ensnared millions in pornography, graphic violence, gambling, and other vices while others, in search of intimacy, continually post the status of every detail of their lonely lives.
·         Church.  There are some Christians who are crying out to God for revival, but most of us are content to attend church and go on living our lives as usual.  Many are uninterested and unengaged.  They don’t vote, and if you call a prayer meeting, won’t come.  We are the answer and don’t know it.  We don’t realize we have the power, in Christ, to turn this nation around through prayer and repentance.  We need to P.U.S.H.  Pray Until Something Happens!

The Supreme Court and Gay Marriage

The following was posted by USAToday.com on July 1, 2013.  We need to intercede for our nation.  The decline is accelerating.  Have mercy, Lord!

WASHINGTON — A record majority of Americans approve of same-sex marriage in the wake of two landmark Supreme Court decisions, a USA TODAY poll finds. But the high court's rulings that struck down provisions of the Voting Rights Act and tightened the rules on affirmative action aren't in sync with the public's views.

Overall, views of the court soured after a term that ended last week with high-profile decisions over who can marry, how college admissions are judged and whether the nation is ready to move on from some civil rights protections on voting.

The court's decisions that opened the door to gay marriage in California and struck down a law that barred federal benefits for same-sex couples may well have boosted support in a country that was already moving in favor of same-sex marriage.

"Neither one of those decisions is as a legal matter a huge gay rights victory," says Tom Goldstein, a Harvard Law School professor and publisher of SCOTUSblog, which analyzes the high court. "But it's the moral message from the court that these unions are entitled to equal respect ... that is probably the lasting legacy of the decisions and is probably going to play a significant role in public opinion."

The poll by Princeton Survey Research Associates questioned 1,003 adults from Thursday through Sunday. It has a margin of error of +/-3.6 percentage points.
Email ThisBlogThis!Share to TwitterShare to FacebookShare to Pinterest

Be a Connector. The Life You Change May Be Yours. 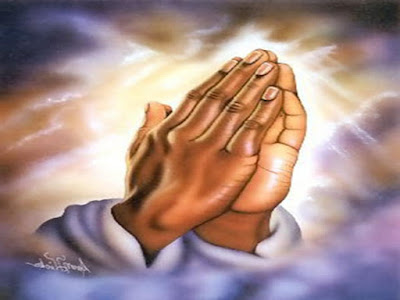 ORT Connectors are the critical church contacts that administer the prayer initiative in their church. One church connector has found that ORT has changed her life. When the call came in her church for a connector, she was moved to step forward and volunteer. She acknowledged that prior to accepting this area of service, she had not been a prayer warrior.

But now, accepting this opportunity to serve, she finds she is a different person. Where before, prayer was not an urgent thirst in her life, she now finds she is constantly looking for opportunities to "be with the Lord" in prayer.

She has prayed, "Lord, I don’t even recognize myself anymore. You have changed my life." She now keeps ORT communicated to the church body, urging members to sign up for 24/7 opportunities.

Answered Prayer across Kansas since April 6, 2009

As we have prayed targeted prayers, we have seen many results in Kansas. Here are a few: 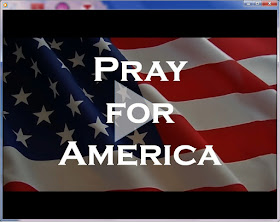 If you want to share an Operation Rolling Thunder testimony, email us at operationrollingthundertopeka@live.com. What has this ministry meant to you? How has the Lord spoken to you or encouraged you? Have you seen results? Your email may be shared with others.